Have you ever tried and failed at something?  What did you do when you failed?  Did you give up and walk away or did you try again?  If you were learning to ride a bike I bet you got up and got back on to try again.  So if you got back on the bike and tried again did you actually fail or did you stumble and fall?
I’ve encountered multiple scenarios where I attempted something and when it didn’t work out I felt like I was a total failure.  That feeling alone can make you feel worthless and less than, but when you change the way you look at it and see your failure instead as a misstep or fall or stumble then it becomes something to pick yourself up and dust yourself off from and try once again.
I have two divorces, both of which left me with feelings of failure.  Thoughts like: “what’s wrong with me”, “I must be the worse wife in the world”, or my favorite “I’m completely worthless and unlovable” to name a few.  It took time to realize that neither of those marriages solely ended on my efforts or lack there of alone.  In fact it takes two people to save a marriage as well as two people to end a marriage.  If you’ve read some of my previous blogs you know that many factors played a part in the ending of my marriages, but those factors did not lessen my feelings or being a failure.
Over the years I have had other instances of feeling like a failure, but I started to realize that each of those instances were simply detours on my journey.  I was in direct sales for many years and encountered countless responses of “no”, those responses didn’t stop me instead they drove me to try hard and strive to reach that “yes”.  When you start to see your perceived failures as detours they may bring you down for a moment but eventually they will drive you toward your success.
As long as you NEVER give up and continue to pick yourself back up you will NEVER be a failure!!!
« Previous Post
Personal Growth
Next Post »
Listening 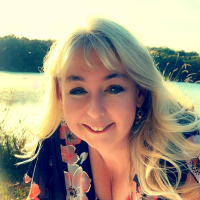